Dear Editor: This Government is investing in Harlow like no other 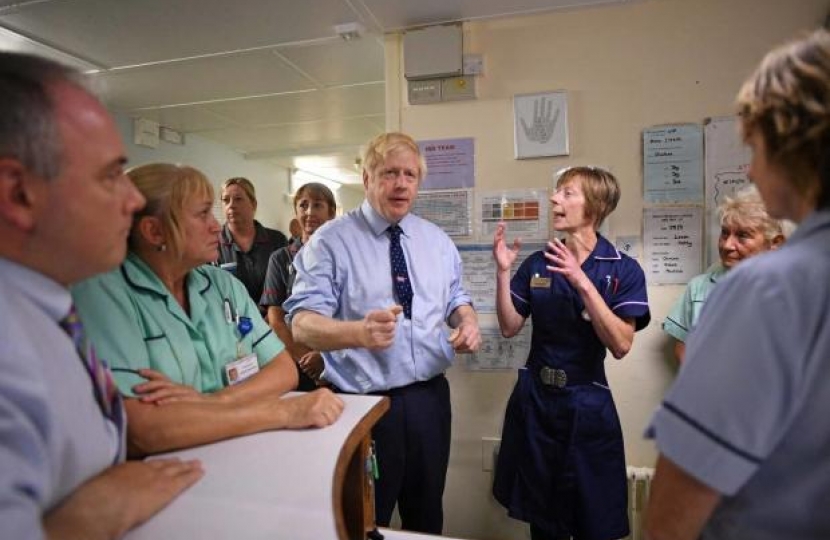 THE last six months have been unprecedented for our community and so many residents and businesses have faced unimaginable hardship. But, these difficulties have been made so much easier by the incredible support and investment from the Government into Harlow.

The furlough scheme protected 16,000 Harlow jobs and the self-employed scheme has supported over 5,000 residents. Over 2,000 Harlow businesses have been boosted by Bounce Back Loans worth £64 million and 88 local businesses have received Business Interruption Loans worth £20 million. Local businesses have received nearly £16 million in Government grants and over £1 million has been used to support residents struggling to pay council tax. Every single rough sleeper in our town has been moved into accommodation. This support is worth well over £130 million to our town and exemplifies how the Government has put its arms around our town to get us through this time.

However, the investment into Harlow goes much further than just the coronavirus and it delivers on the priorities of residents.

Our local NHS is being strengthened with not only a brand new hospital, but 53 new doctors and 170 new nurses – in the last year alone.

Our town is being levelled up with up to £25 million – of which we have received £1 million today to kickstart regeneration. The town centre library is being redeveloped with £1 million from the Government and Harlow College will be remodelled with another £1.5 million. This Conservative Government is finally doing what no previous Government has done – delivering the town regeneration we desperately need.

Our streets are being made safer with more police on our streets and tougher sentencing. Over the last 12 months, Essex Police has been bolstered by 74 new officers, many of which are on the beat in Harlow.

Our schools are receiving a huge increase in per pupil funding and seven of them are going to see multi-million pound building upgrades and a brand new special school and our college is being expanded and remodelled.

These are just a few examples of what this Government is doing for Harlow. I could go on with the new Junction 7a, the Science Parks, the huge expansion in apprenticeship opportunities or the creation of thousands of new local jobs.

It is clear that this Government supports Harlow and invests in our priorities.

Building an even better Harlow

Central to everything we do, is our determination to level up our town with better infrastructure, more jobs, new technology and brilliant opportunities.

The increase in serious violence and anti-social behaviour in Harlow and across the country is deeply worrying and sadly some people no longer feel as safe as they should.

Investing in our schools and college

Every child in our town should have the chance to succeed in life.

And that starts with access to a good school place, no matter their background or where they live.

We’re supporting our NHS in Harlow to give people the care they need now and making sure it’s there for our children and grandchildren.

Our plan for Harlow is clear:

Build an even better Harlow

Invest in our schools and college