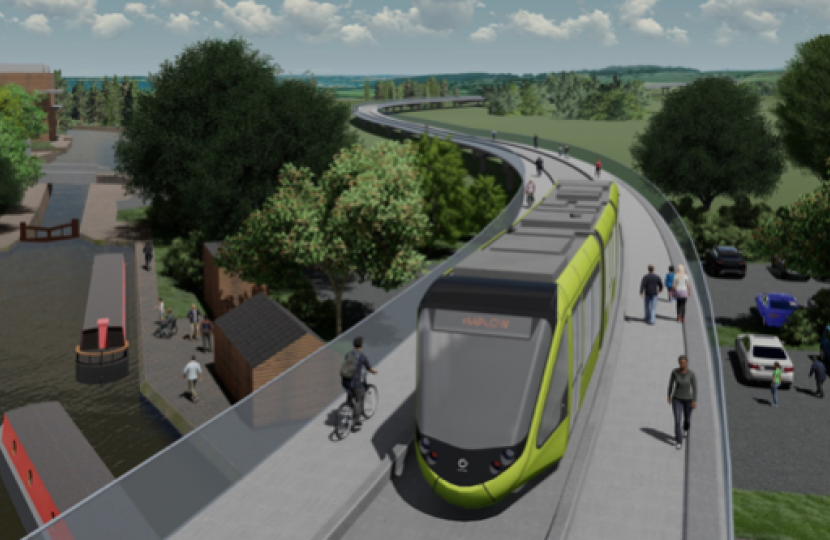 Labour Councillors ignored serious flaws in a report that granted approval for consultants to carry out a six-month project without providing the cost or knowing how to pay for it at Harlow Council’s Cabinet meeting in December. There is also concern that the proposed route will be of little benefit to residents as the transport corridors identified in the current plan do not pass the majority of neighbourhoods, and additional costs could be incurred if the project were to connect to all of the key growth areas.

Taxpayers remain in the dark as Labour Councillors continue to block the release of the cost of engaging consultants who will review the scope of a proposed monorail type vanity project.

Conservative Councillors challenged the decision through Harlow Council’s Call In Committee last week. The committee acts as a forum to scrutinise the administration’s decisions. Labour Councillors voted to uphold the original decision and take no further action despite a number of gaps in the Cabinet report.

Throughout the Call In Committee, repeated calls to disclose how much taxpayers will be forking out for a consultant firm to conduct a six-month study on a vanity project – potentially the largest individual project ever undertaken by the council – fell on deaf ears as Labour refused to be transparent with the public.

What makes matters worse is that Harlow Council does not hold the powers to deliver transport infrastructure schemes, so taxpayers’ money is being wasted on a monorail type scheme that currently has no realistic prospect of getting off the ground. Essex County Council, the local transport authority, is not backing the scheme.

In a recent Labour Party press release, it was revealed that the potential cost of building the monorail type scheme could be £5 million per kilometre. In December, it was confirmed by the Labour Party that the full scale of the monorail could be 15 kilometres. The cost of the scheme, depending on build costs, the timescale for delivery, acquisition of raw materials and specialised vehicles, could near £100 million.

The money it would take to build this vanity project could be better spent on protecting local businesses and supporting those who have been hardest hit by the pandemic.

“It is beggars belief that Labour Councillors want to spend tens of millions of taxpayers’ money on a transport scheme without holding the specific powers to do so.

“Nobody has any objection to looking at more sustainable modes of transport, but it seems the Labour Party are now fixated on building a monorail type scheme without properly exploring other options with our local transport authority.

“Harlow Council should be focused on the economic and social recovery from COVID-19. The priority must be to divert resources to help frontline responders who are saving lives at this difficult time. Instead, Labour Councillors are spending taxpayers’ cash on a consultant firm to build a transport scheme without being transparent about the cost.”

Everything you need to know about Budget 2021

Find out how Budget 2021 is protecting the jobs and livelihoods of the British people.