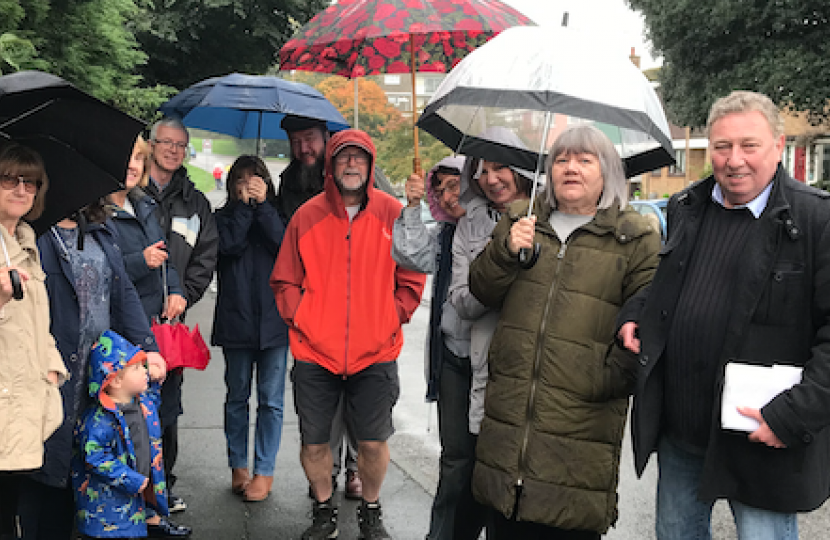 CONSERVATIVE Councillors representing Harlow’s southern wards have secured a commitment from Essex County Council to do more to tackle speeding on Commonside Road, including a review of traffic calming measures on the road.

This comes after the issue was raised at Harlow Council’s Highways Panel meeting (Tuesday, 22 March 2022) by recently-elected Harlow Common’s Cllr James Leppard and Cllr Alastair Gunn from Staple Tye ward, who have teamed up to work together on the issue.

At the meeting, a representative of Essex County Council’s Highways confirmed that following the completion of a speed survey of the road, a review of the traffic calming measures would take place.

It came after the pair met with residents from both wards concerned about poor road safety, and who expressed their frustration at a lack of action.

Cllr Leppard explained, “Harlow Common residents have been asking for this to be properly looked at for a long time, and I’ve been pushing for quick action.

“The speed bumps near Clifton Hatch in particular are in dire need of improvement. I am pleased Essex Highways have recognised they are not fit for purpose and that they will be replaced.”

Cllr Gunn added, “It is reassuring to know that we’ve secured a review of traffic calming measures, along the whole road.

For residents of places like Latton Green and Monksbury that join Commonside, speeding is one of their major concerns. Anyone who has turned out of the Tysea Road junction will be aware of the danger the small minority of drivers who choose to speed are causing for others.”

Also at the meeting was long-standing Staple Tye and Essex County Councillor Cllr Mike Hardware, who has been campaigning on speeding on Commonside Road for several years.

He said, “I first raised the problem of speeding on Commonside Road four years ago, and secured the recent speed survey of the road. It is excellent to see that traffic calming measures are going to be reviewed and improved.

“I’ve been pleased to work with fellow Conservative Councillors to finally make real progress on this issue, and deliver for the many residents who want to see road safety improved in the area.”