Harlow Council set to raise council tax again, but Conservatives show it could be cut 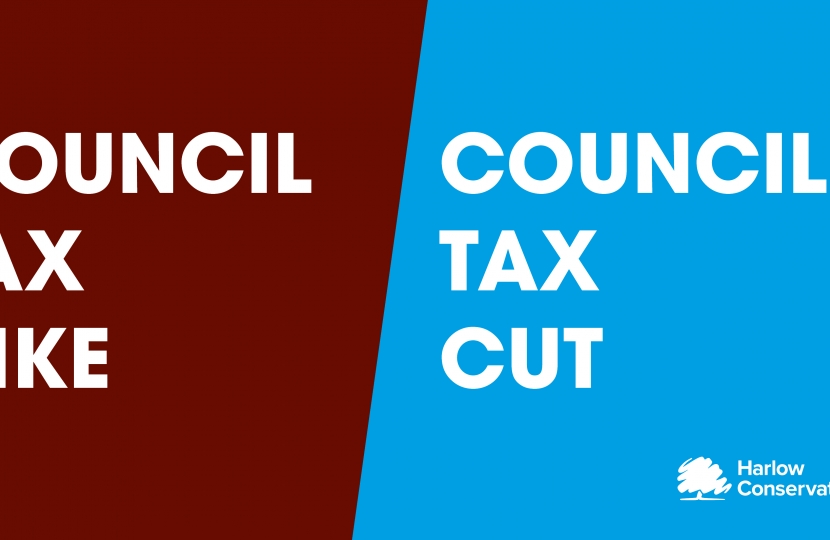 AS Harlow Council set out their budget for the year ahead, the headline item will be another 1.99% increase in Council Tax.

This marks the eighth increase in Council Tax in the last nine years – costing the average residents hundreds of pounds a year extra.

However, the Shadow Portfolio Holder, Conservative Cllr Russell Perrin, will move an amendment to cut Council Tax for residents in real terms, whilst protecting all Council services and provision.

Commenting on his alternative budget, Cllr Russell Perrin said: “Residents have faced so much hardship in the last year, many have lost their jobs or had their hours cut. Harlow Council should be doing everything possible to support them, not hiking their Council Tax again to pay for their mismanagement.

“Our alternative budget, would not just cut council tax in real terms for residents, but it would protect our Council services and invest in residents priorities.

“For too long, Harlow’s Labour Council has wasted our money and hiked our Council Tax. They want to spend £100 million on a monorail, they lost £10 million for regeneration of the town centre and they have failed to distribute the Government’s business grants to local businesses.

“Harlow residents deserve a Council that would cut their tax and invest in their priorities.”⁩

Two Years On: Delivering on our Promises

Two years on, we have delivered for Britain. Here's a list of some of our top achievements.