Conservatives pledge Council Tax cut if they win May election 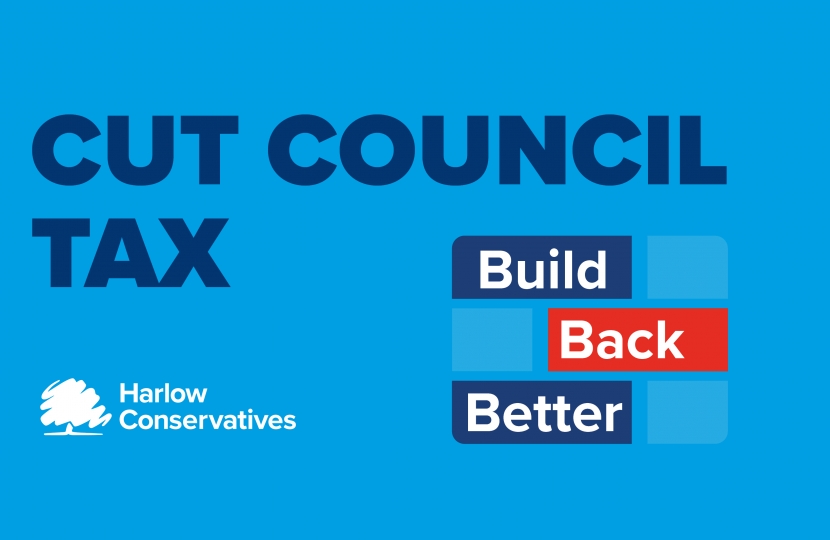 LAST week, Harlow Council voted to increase Council Tax for the eighth year out of the last nine. The increases have cumulatively added hundreds of pounds a year extra to the average resident’s existing Council Tax bill.

Conservative Councillors moved an alternative budget that would have cut Council Tax in real terms, invested more money into Harlow schools and protected all Council services.

Today, the Shadow Finance Portfolio holder and Sumners and Kingsmoor Councillor, Russell Perrin, has announced that if the Conservatives win this year’s local elections they will move an urgent budget to cut Council Tax immediately for Harlow residents.

Cllr Perrin said: “Last week, Harlow Council decided to again make residents pay for their chaos by needlessly increasing Council Tax. So many residents have lost their jobs and had their incomes squeezed this year – hiking the Council Tax bill yet again is mean and is not needed.

“Today I am announcing that if the Conservatives win this year’s local elections, we will fully review all Council finances in order to cut Council Tax so that residents keep more of their hard earned money.

“All Council services will be protected because we will end the Council waste. This Labour administration have not just increased Council Tax for eight of the last nine years but they’ve lost £10 million earmarked for regeneration; lost £3.5 million because they failed to build a single new Council home; wasted over £83,000 on a northern PR company, and cost residents for their bungled bin collection contracts. It’s the same old Labour making residents pay for their chaos.

“Harlow deserves a Council that is on the side of people in this town. We are offering a positive agenda, one that will cut Council tax and build back better by strengthening our NHS, investing in our schools and college, delivering Harlow homes for Harlow families, making our streets safer and building an even better Harlow. That is what is on offer at this election.”